Born in the middle of the Summer of Love on a pre-fab council estate in Luton, teenage bitterness and a chance viewing of the Watergate movie, All the Presidents Men, made him vow to become a journalist and bring down the government.

First he had to pay for his journalism course, so he became a civil servant. Literally the day he had enough for his fees, he packed it in.

Twelve years on from watching the film, he was a journalist at The Times and had a big hand in bringing down John Major’s government. News ambitions sated, he packed that in too.

Several years of working for Channel 4, ITV and then a long stint at the BBC as a senior producer saw him working across the world. When he eventually got fed up with asking bands how the new album was coming along, he packed it in.

He set up his own production company magnificent! in 2002 and simultaneously worked on the BBC Live Events team for another 10 years. But then six years of work on the Olympics came along, so he packed the BBC in. Again.

Des has jammed with many of his heroes from Paul McCartney to Brian Wilson, Queen to Nancy Sinatra. He has interviewed many A-listers, including David Bowie, Michael Caine, John Cleese and even Noam Chomsky.

He has directed/produced a fairly long list of people – Muse, Coldplay, Michael Jackson, Jay-Z, produced BBC3’s Glastonbury coverage for a couple of years, made films about leprosy in India, comedy shorts with Miranda Hart and Lenny Henry and played guitar for Chas and Dave at the Hackney Empire.

He has made 300+ short films for the Queen, MI5, the BBC, Sky, Discovery, EMI, the British Academy and dozens of authorities, charities and private sector firms. His most recent publication was a series of interviews with leading academics like Mary Beard on the state of the humanities which was published as a standalone magazine by the British Academy.

Fed up with travelling and determined to be a half-decent dad, he now works in London as often as he can. He runs the Young Directors Film School making movies with young people and is about to head up the Digital Film and Video MA at Tileyard.

An avid musician and producer, he releases his third album as Romano Chorizo (he plays drums, bass, piano, guitar and really bad sax). You can hear one of the tracks below. As you can clearly hear, Des plays “everything” – badly.

He hates to be pigeon-holed, thinks creativity is a learned state of mind and wishes they would teach people memory and learning techniques at school.

His family has been mostly living in Hackney since 1750 (short interruption thanks to Adolf Hitler) and he lives in Clapton with his wife – they met while both working on Top of the Pops – and their daughter.

Although sill (very) active as a musician and filmmaker, 2019 sees him return to his first love of writing, with the release of his debut novel, Dead & Talking. It is the first in a planned series of Porter & The Gliss investigations. 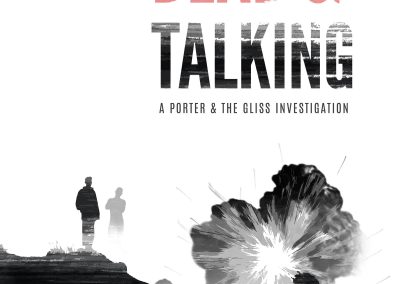 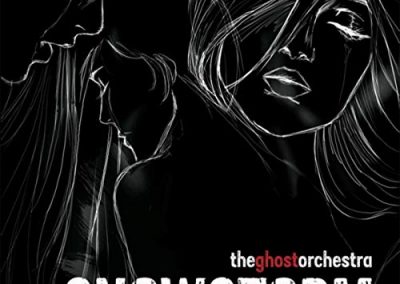 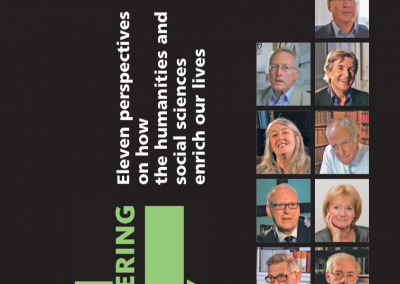 by Des Burkinshaw | Who Killed Romano?